Blog: Commentary on the GCF’s 20th Board Meeting 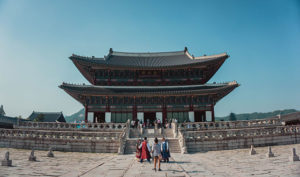 The 20th Board Meeting (B.20) of the Green Climate Fund was held in Songdo, South Korea, from 1 to 4 July 2018. The meeting was dominated by differences among Board Members, primarily regarding the procedure for the GCF’s impending First Formal Replenishment (FFR). SSN’s Michael Hayman examines the circumstances surrounding the FFR and the impact this could have on how the GCF moves forward.

The FFR is expected to follow the Initial Resource Mobilisation (IRM) process, which has carried the GCF to this point. An ambitious and successful FFR will build on the global goodwill captured in the Paris Agreement, as countries review their Nationally Determined Contributions (NDCs). As highlighted by GCF Board Member Jorge Ferrer Rodriquez of Cuba, the GCF’s replenishment is a legal obligation and a moral duty given the context of the international agreements addressing climate change. It is important to remember that the GCF was established as a Financial Mechanism to the United Nations Framework Agreement on Climate Change (UNFCCC). The GCF Board is mandated by, and answers directly to, the UNFCCC’s Conference of the Parties (COP).

The FFR of the GCF must be driven by, and implemented under, the guidance and oversight of the GCF Board. GCF Board Member Cyril Rousseau of France expressed a view held by several developed country Board Members, saying the replenishment process should be contributor-driven – in response to a draft decision suggesting that replenishment will be driven by, and implemented under, the GCF Board. However, a contributor-led process would be misguided – based on Article 11.3 of the UNFCCC’s founding convention of 1992, Point 6 of the GCF’s Governing Instrument of 2011.

The GCF’s FFR is independent of any GCF review process. As highlighted by GCF Board Member Zaheer Fakir of South Africa, discussions regarding the FFR should not be contingent on a review of GCF performance. Such a performance review should address the GCF’s performance in answering the level of demand from its proposal pipeline, and not the GCF’s governance. It is important to avoid blurring of operational and governance lines, and to avoid basing replenishment discussions around policy ultimatums that could compromise the FFR, or the existence of the GCF.

The GCF was established with a balanced Board – half of its Board Members are from developed countries, and half from developing countries, with blocs ensuring representation of all geographical regions, along with Least Developed Countries (LDCs) and Small Island Developing States (SIDS). Constructive outcomes for the beneficiaries of the GCF are critical. The GCF was created with the intention of moving beyond out-dated models of donor-driven hegemony, which exclude consensus-building and global solidarity, and which are all too common in multilateral development institutions.

There are already 11 countries – developed and developing alike – that have announced and signed amounts lower than USD1 million. On the other end of the scale, the USA has announced and signed the greatest share to the GCF – USD3 billion – but it has only paid a third of this to the GCF, and has promised to pay no more. The amounts announced and signed by Japan, the United Kingdom, France, and Germany are all greater than that paid by the USA. It would thus be unjust to grant other parties only a fraction of the influence given to the USA in GCF FRR negotiations. In addition, three subnational regional and one city have contributed to the GCF – these parties are not eligible as UNFCCC Parties, raising questions around the potential nature of their engagement with the GCF’s FFR.

Looking ahead to B.21, the provisional agenda indicates a discussion on a process for replenishment, which should hopefully provide further clarity to all partners.

Disclaimer: The views expressed are not necessarily those of SouthSouthNorth, the UK government’s official policies or the Swiss Agency for Development and Cooperation