“We started up the NPO Township Farmers back in 2015 because we saw the need for nutritious self-grown food in the townships. This food gardening project in Kuyasa Khayelitsha, that is funded by carbon credits, makes it possible for Township farmers to extend our work. We have been collaborating with the residents and assisting them to establish small-scale gardens that offer nutritious, self-grown food in their own yards regardless of space constraints.”

Kuyasa is a low-income and economically vulnerable segment of Khayelitsha, Cape Town. As part of a public-private partnership supported by the national, provincial and municipal governments, over 2000 houses were fitted with a thermal and energy efficiency upgrade in 2010.  The upgrade was registered as Africa’s first Clean Development Mechanism (CDM) – and the world’s first Gold Standard carbon off-set project, enabling Kuyasa to earn funds from the sale of carbon credits. The project installed solar water heaters (110 litre units), ceilings, proper electrical wiring, and compact fluorescent energy-efficient light bulbs (CFLs). These interventions save households money that would have been spent on coal-fired electricity and supplementary paraffin for cooking, and also dramatically improve quality of life through thermal comfort, electrical safety, home access to hot water on tap, and by mitigating the potential health impacts from burning the fuels

SouthSouthNorth manages the project on behalf of the City of Cape Town. Carbon emission savings were originally accredited through the CDM mechanism, but this involved foreign consultants to navigate the uniquely complex international bureaucracy established under the Kyoto Protocol, and proved too costly for a project of this relatively small scale, and threatened project continuation.

A solution was identified in 2012, via an innovative and locally established carbon registry.  Carbon credits are verified and marketed at a tiny fraction of the CDM costs through Credible Carbon, a Cape Town based carbon registry that provides verification of the greenhouse gas (GHG) emission reductions.  These accrue through reduced and displaced use of conventional energy by Kuyasa households – be these coal fired grid energy or “dirty” heating fuels such as kerosene. 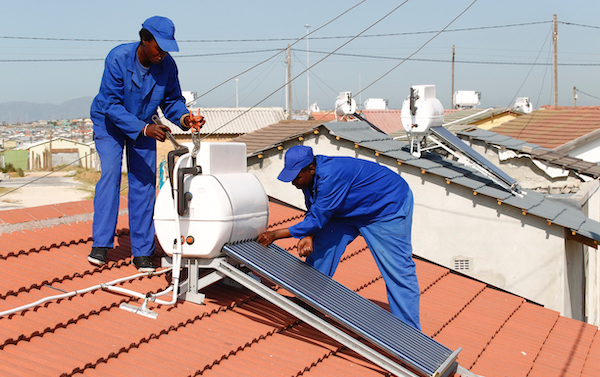 Credible Carbon facilitates verification of credits which are sold on the voluntary market through its hosted registry. Revenue is used to fund a local hands-on maintenance programme. A local enterprise, Kuyasa Energy Services, has a good relationship with the Kuyasa eNkanini residents built over the year during the course of the maintenance activities. During home visits and discussions, it became apparent that several residents have a strong interest in food gardening and in greening the neighbourhood. Kuyasa Energy took this forward and requested that SouthSouthNorth reinvest carbon revenues to support the local gardeners.

This concept of facilitated returns to a community sounds so simple. But the history of the Kuyasa solar and energy efficiency programme was not always so. The origins of the programme go back to 2005 when SouthSouthNorth and the City of Cape Town registered the Kuyasa low-cost urban housing energy upgrade project under the CDM (a few pilot geysers were installed by the City at this stage).

The project concept was a perfect match for the CDM mechanisms conceived by the United Nations Framework Convention on Climate Change (UNFCCC), which sought socio-economic co-benefits in developing countries, through obliging off-sets by polluters in developed countries. Installation of low cost energy efficient measures in South Africa’s (then) three million plus low-cost housing units, had the potential to transform the quality of social housing, and financing could be enabled through the large-scale sale of certified carbon emissions over 20 years – an appropriate time-frame for asset finance.

The revenues from certified carbon credits were intended to finance the installation of energy-efficient heating and cooling – specifically solar water geysers and insulation ceilings, a target market that would otherwise not have the means to finance these interventions. However, the economic model for the project relied on public sector support to unlock the scale of carbon finance required. Specifically, SouthSouthNorth sought but failed to obtain government and Eskom (the South African electricity public utility) approval to monetise the basic energy grant (distributed largely in the form of 50 units of free electricity every month). Interestingly, when consulted on the opportunity, residents in Kuyasa had no difficulty agreeing to give up their basic energy grant in return for the interventions – an easy decision given the transformational benefits they enjoyed. Residents even agreed to make an additional monthly payment on top of their pre-paid electricity, but without Eskom’s approval for this simple and cost-effective payment mechanism, cost recovery was not possible and the envisaged scaling of the Kuyasa pilot project was doomed in spite of its internationally acclaimed developmental benefits.

The Kuyasa Energy Efficiency project was unable to scale and achieve the economies required to service CDM compliance, verification and transactions costs. Poor financial sustainability was compounded by declining prices in the carbon market, which collapsed by 2012. The project concept relied on carbon income for capital recovery and reinvestment into the energy efficiency upgrades – for ongoing maintenance, servicing and additional installations – and floundered.

Credible Carbon’s verification services and brokerage on the voluntary market, which is based on the same methodologies as the CDM[1], provided the perfect solution. When Credible Carbon stepped in to provide brokerage to Kuyasa, 2 100 households were enjoying the benefits of clean-tech installations, generating over 6,000 tonnes of CO2 savings per annum. Verification of carbon credits was facilitated by Credible Carbon, and the switch has earned the project R542,512 to date in the sale of voluntary offsets – largely in the domestic market – since 2013. This has been reinvested into maintenance, and now also extends to support community initiatives such as the food gardening support underway. The food security initiative at Kuyasa complements the theme of sustainability. Ondela Manjezi of Township Farmers states: “This need for self-grown food, has not only multiplied because of the Covid-19 pandemic but it has become urgent.” 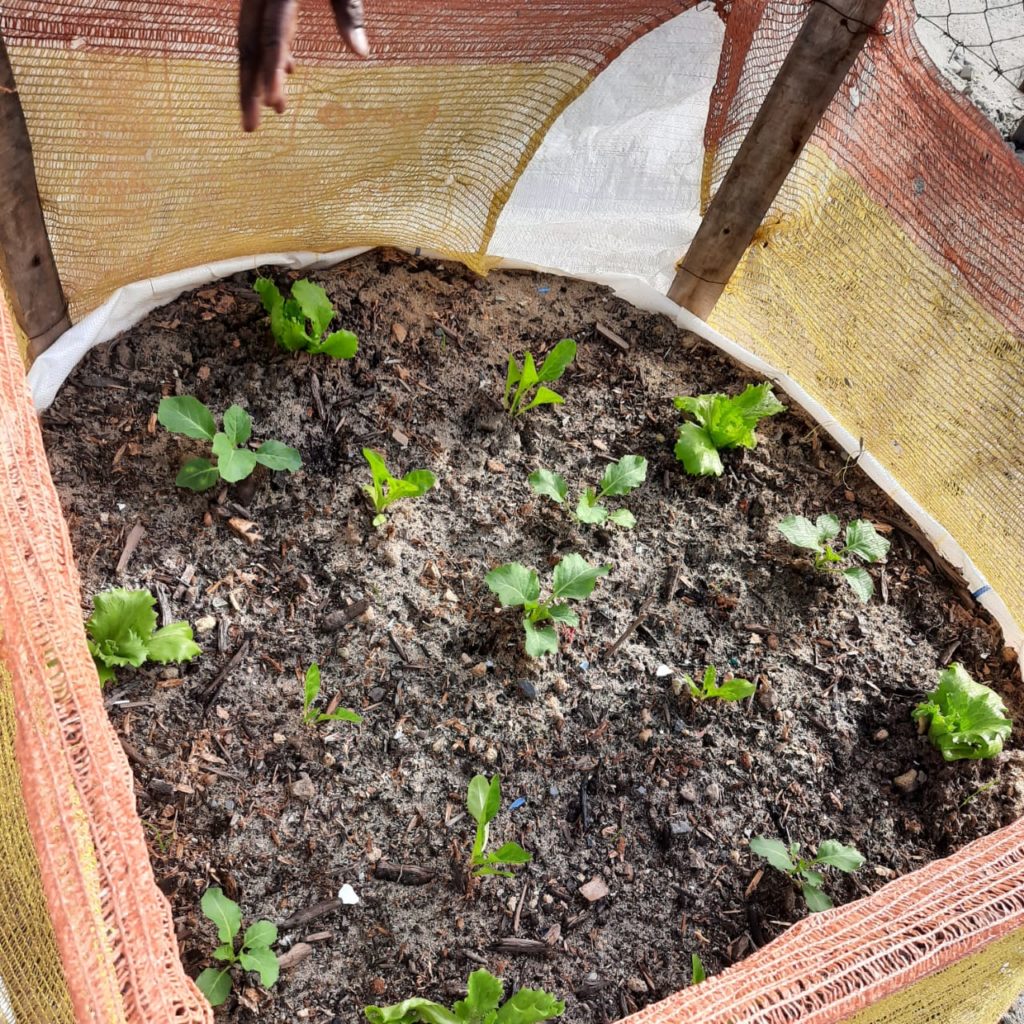 During meetings facilitated by Township farmers, the gardeners speak of a possible extension of the project to schools, early childhood centres and the creation of a Kuyasa Garden for community members. Gardeners see the food gardens as a way to supplement family meals and make an income. Some have added interest in growing indigenous trees. 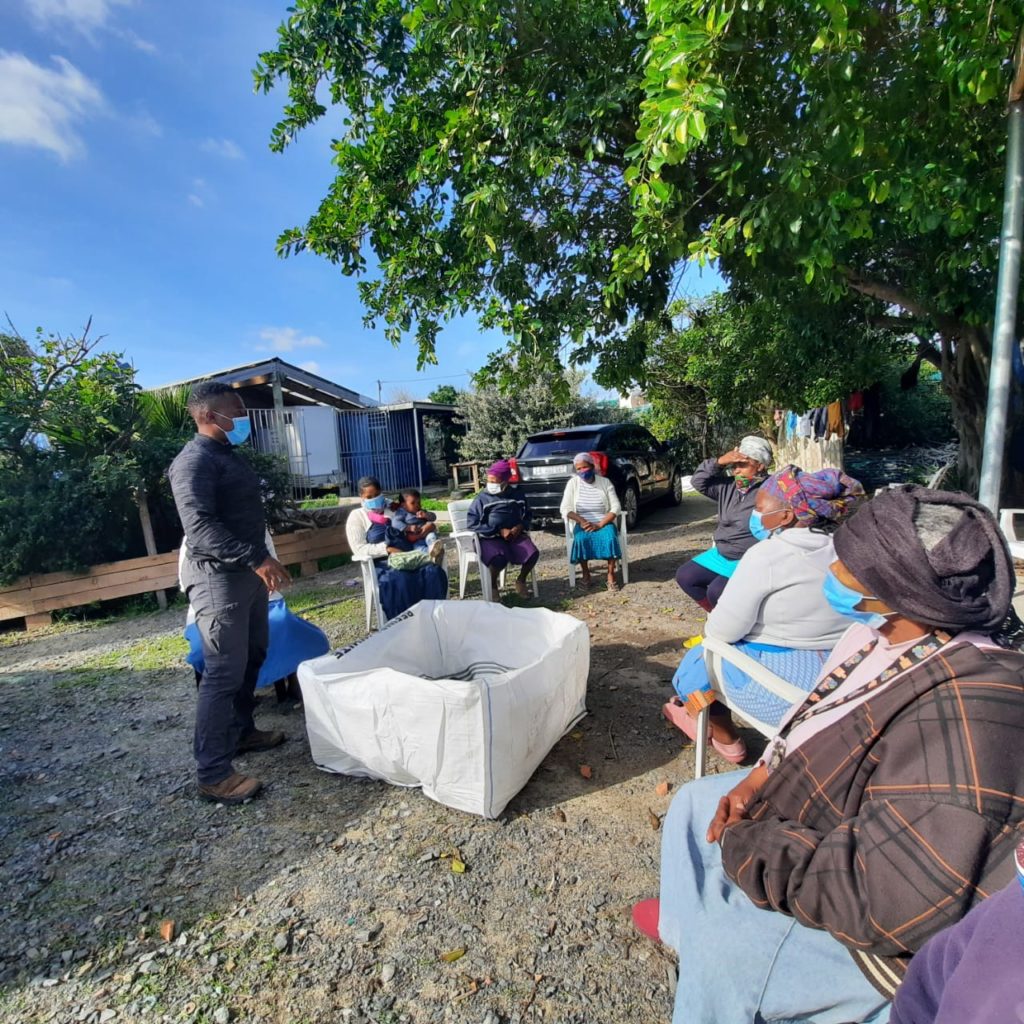 Credible Carbon’s simple and cost-effective model has enabled the continuation of the Kuyasa programme, and supported other, similar small-scale carbon projects with strong developmental co-benefits. With the launch of South Africa’s carbon tax and its own off-set mechanism, responsible corporates (Credible Carbon’s clients include Nedbank, Comair, the Table Mountain Aerial Cableway, the Red Bus Company and MiX Telematics) have a way to off-set part of their carbon emissions through an innovative, cost effective and credible mechanism. This is just one example of how off-sets under the SA carbon tax regime could support inclusive low-carbon development. Township Farmers were appointed in June 2020 – and 25 backyard farmers have already benefited from the improved food security.

However, this home-grown innovation’s continued support for small-scale projects will only be possible provided the Department of Minerals and Energy accredits Credible Carbon, alongside the CDM and Verified Carbon Standard (VCS) registries, as one of the standards through which companies can reduce their carbon tax exposure. 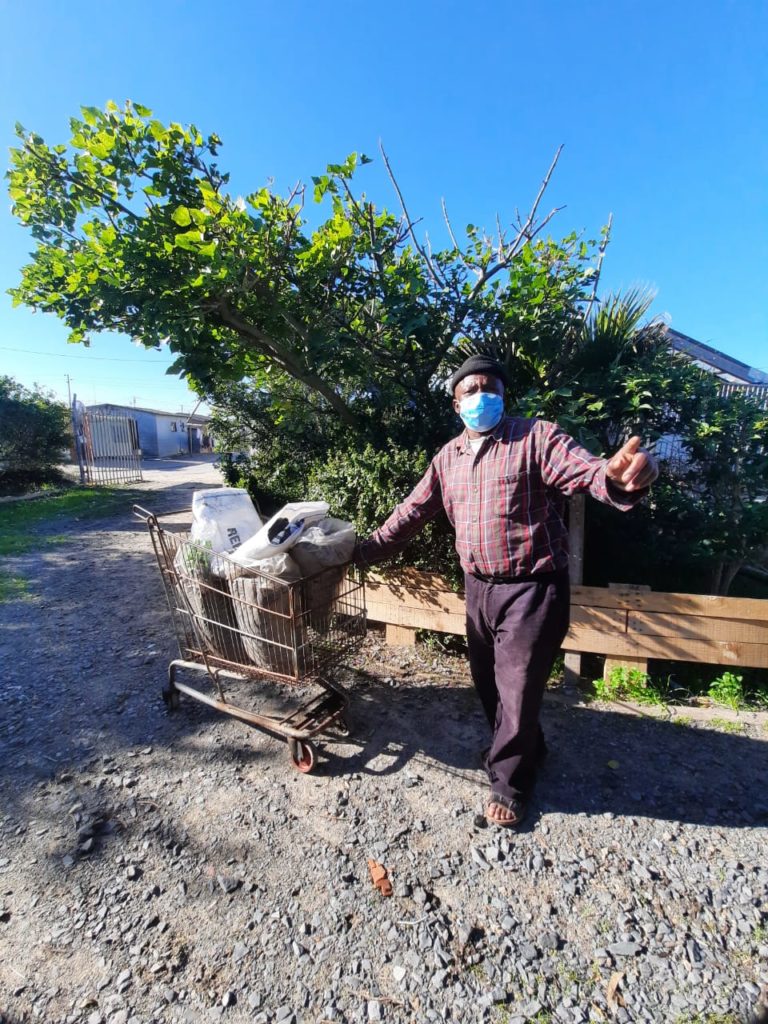 In South Africa there are approximately well over a million households located in an estimated 3000 informal settlements. The existing stock of low-income housing is considered inadequate in terms of the poor quality of building structures and the provision of decent shelter to South Africa’s low-income sector. In addition, a gap exists between the need for the provision of energy-efficiency measures and other climate-compatible interventions in low-income housing, and the capital available to fund these interventions.

[1] The Credible Carbon registry only supports projects that reduce emissions and poverty simultaneously. This is an unavoidable twin challenge in Africa, and one that the Kuyasa project seeks to address.